The Computing at School Conference started on Thursday 14th June and finished on Friday 15th June. There is a link here to presenters audioboos, films, slides etc. and you can download the programme from here and I have a photo gallery here of my images from the conference.

Dave Cliff ‘Flash-Crash’ The next day we started with some amazing key note presentations, one in particular was truly amazing, it was Dave Cliff‘s story of robot trading from first concept right through to the stock market ‘Flash – Crash‘ blip that happened on 6th May 2010. He explains how in just under 10 minutes, $880 billion stock value disappeared from the stock market. Dave tells the story of this in an engaging and entertaining theatrical style and predicts the future of robot trading. Dave Cliff is professor of Computer Science, University of Bristol.

Break Out Sessions Following the key notes, we had a variety of breakout sessions. I found this the most challenging – since there was such a bewildering choice of speakers and talks/workshops it was very difficult to choose which was likely to be the most useful. I found the workshop by Laurent David particularly helpful, it was titled “Teach your students to use Javascript with HTML5“. There is a link here to some of his resources. 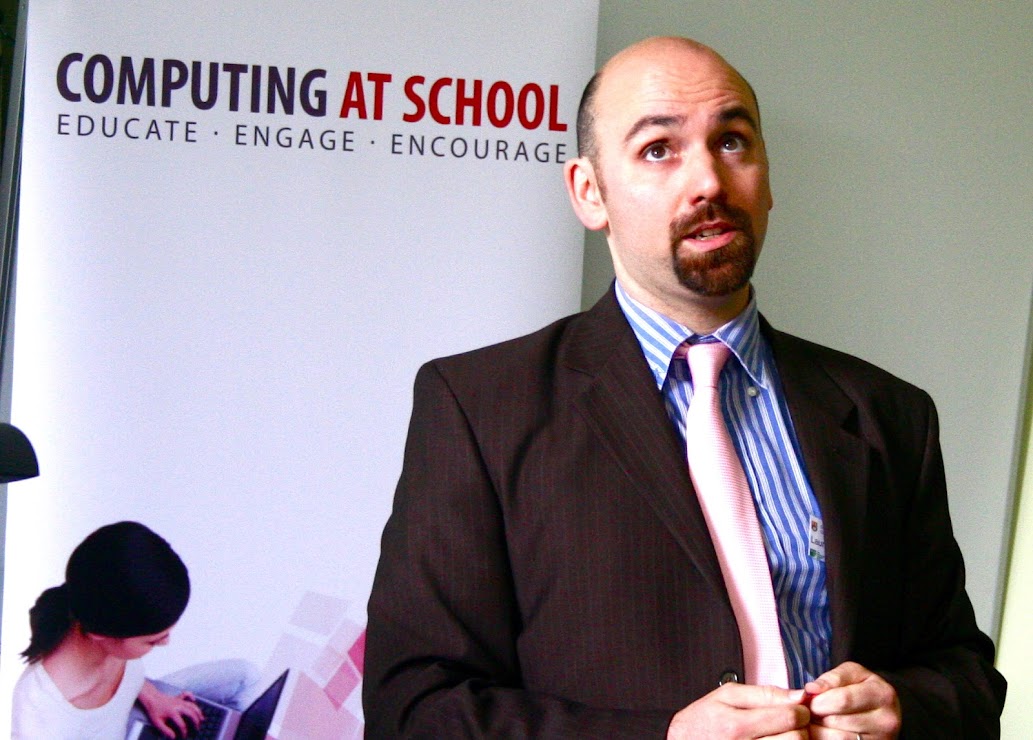 Hack to the future: Engaging your computing community I also led a workshop on running Hack To The Future inspired events. During this I played the Hack To The Future film commissioned by the BBC, the film can be found on this blog post here if you scroll right down. Rather than stand and talk for 50 minutes, I decided to turn it into a interactive workshop. Before describing my motives for Hack To The Future and what it was all about, I organised the people in the room into regional groups, then I described the nature of the events and then helped each group plan an event in their community or school. Since the event, some of the delegates have been in touch to tell me how they are planning or have held a Hack To The Future inspired event.

Later, I was interviewed by Leon with Neil Ford who works with Emma Mulqueeny for Rewired State. In this ‘interview’, with the help of Neil I explain what a Raspberry Jam is. This wasn’t scripted, so that’s why it has a strange approach to it, and of course I’m in it – so it was always going to be strange! I do sometimes muddle the phrase ‘Raspberry Jam’ with ‘Raspberry Pi’, it’s not deliberate. This was the first time that Neil and I had met, we then met again the following week at the first London Raspberry Jam.

Leon Cych is the multi-talented man behind the scenes accompanied this time by Rosie Slosek who was managing the audio capture. Leon spends many hours afterwards editing the videos, and as such very rarely makes it to the front of the stage, except to adjust your microphone! 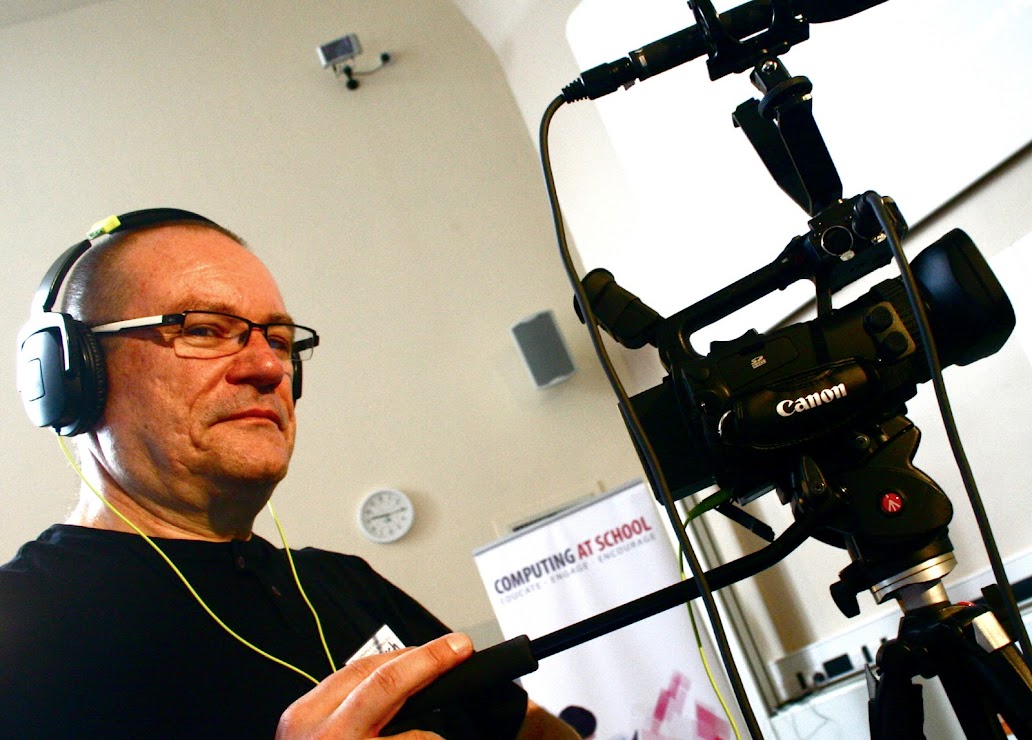