This evening, I took somewhere between a small step and a giant leap forward to my first ‘Ignite’ event, at the 14th Preston Social. I include links to the photographs I took here and links to previous Preston Social events as well as the Preston Social twitter account which I recommend you follow to learn of future events.

Taken from the event page “Imagine that you’re in front of an audience made up of your friends, family, and people from your community, about to present a 5-minute talk on the thing you’re most passionate about. You’ve brought 20 slides, which advance every 15 seconds whether you’re ready or not. You have a few last-minute butterflies, but off you go—and the crowd loves it. Welcome to Ignite.

Ignite is a fast-paced geek event started by Brady Forrest, Technology Evangelist for O’Reilly Media, and Bre Pettis of Makerbot.com, formerly of MAKE Magazine. Speakers are given 20 slides, each shown for 15 seconds, giving each speaker 5 minutes of fame. The first Ignite took place in Seattle in 2006, and since then the event has become an international phenomenon, with gatherings in Helsinki, Finland; Paris, France; New York, New York; and many other locations. And now, Preston.” 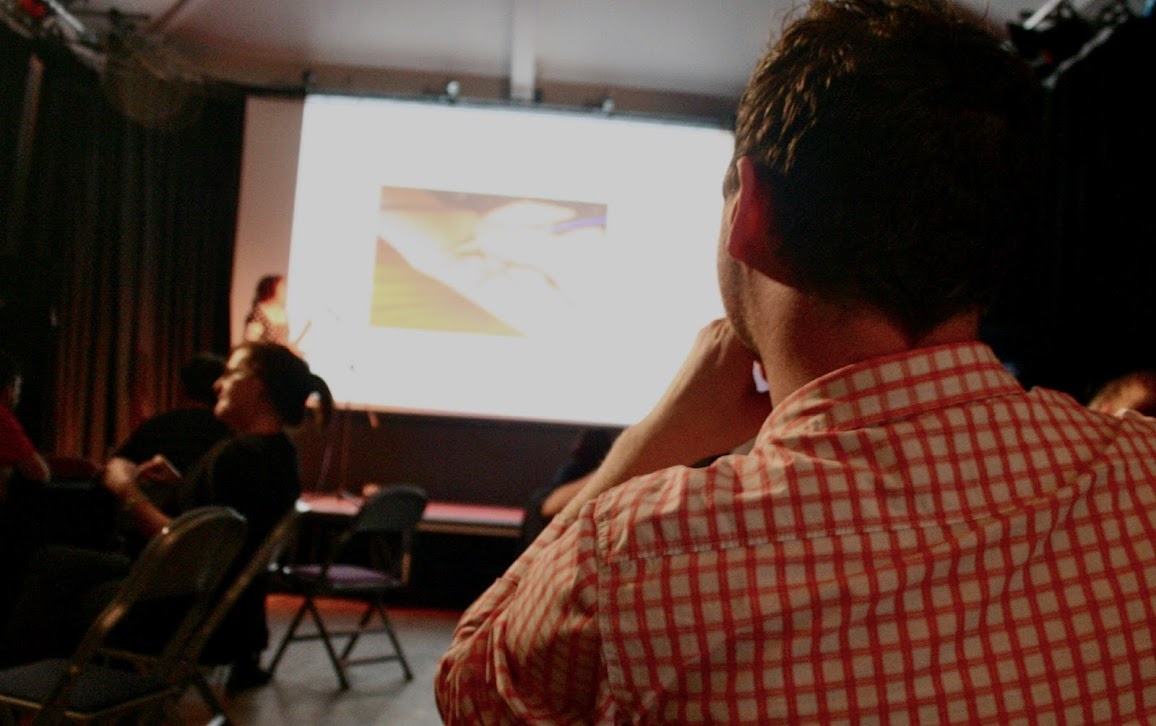 I would say from my point of view, that it was certainly a different experience as a presenter, but as an audience member (watching other presenters) it hardly seemed different at all. As a speaker, having an imposed slide change every 15 seconds definitely does change things significantly. When I hastily put some slides together earlier in the day, I was clear in my head the intended direction my ignite talk was going to head in, but then only a couple of hours later my thinking had developed slightly. I usually prefer to adapt any talks I give (on-the-fly) to suit my perception of the audience, modifying the pace/direction to suit. The ignite format, where the slides advance at predetermined timed intervals does not allow the same flexibility – but there is also the advantage of not allowing the speaker to wander off the prepared topic. Bizarrely, at times the 15 seconds seemd to drag and at other times it flew quickly. 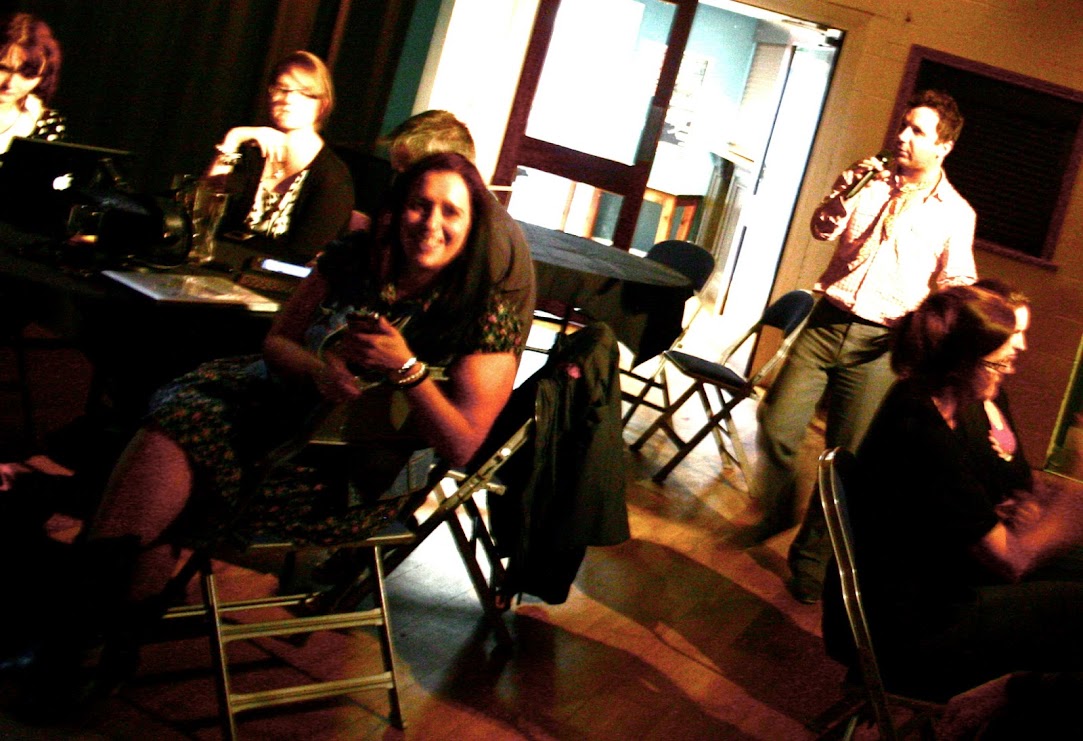 I also chose this opportunity to make a departure from my normal talk style – more about that another time.

One of the plus points for me was the ‘intimate’ size of the event. I’ve been to previous Preston Social events, where space has been an issue, standing room only. So it was a relief to attend an event with around 20 in total. This meant it was actually possible to speak to everyone present. In the role of speaker, I enjoy speaking to audiences of 300+, but speaking to smaller audiences actually feels more enjoyable since you actually feel more like you know your audience which actually bodes for a much more rewarding experience. In between talks, and at the beginning and end of the evening the projected display featured a twitter wall or twitter fall. This provided for some additional entertainment when people chose to tweet comical asides but also an opportunity to encourage others to promote the event outside of the venue. 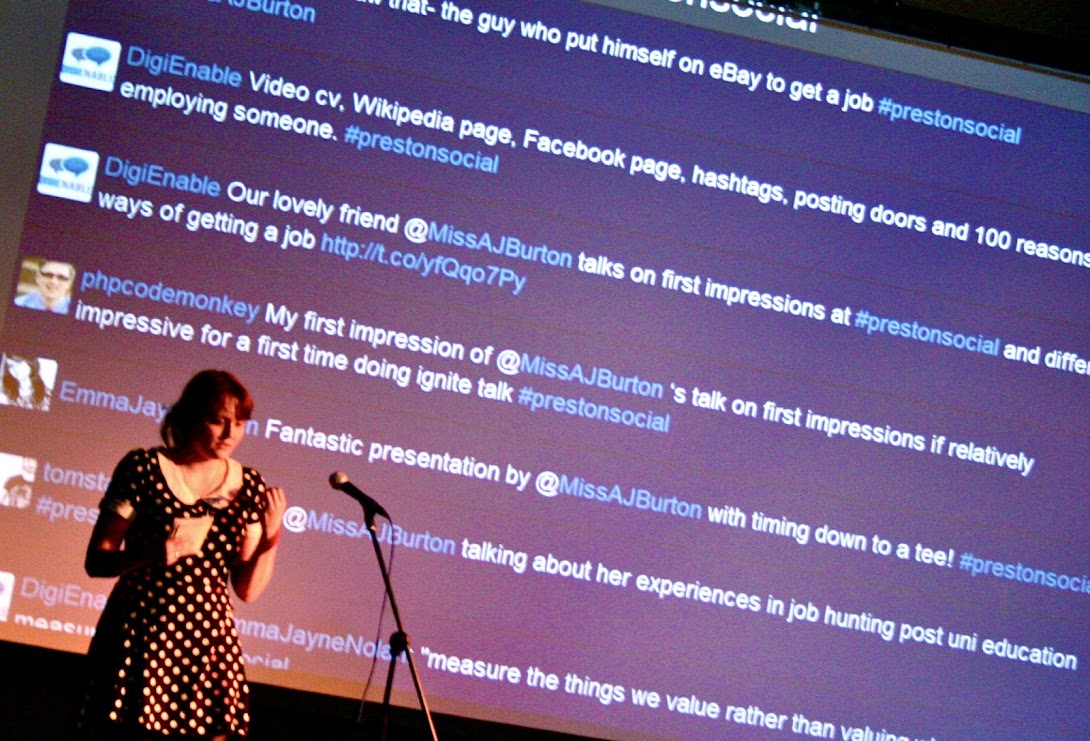 So, our talks consisted of… 1. Tom Stables, (top photo) co-founder of Preston Social explaining the background to “Preston Social”, the history so far, and future events. This was then followed by a 5 minute question/answer session managed by Nathaniel Cassidy also co-founder.

2. The second talk was me talking about “Hacking Education”, in which I used a role play to explain some of my deep-rooted concerns about schools and teaching computing. In the use of the word ‘Hacking’, I hoped to make clear the distinction between good hacking and bad hacking.

3. Then Amy Burton‘s talk was about “What They Don’t Teach You About First Impressions”. Amy described a range of strategies to help get your talent recognised when applying for work opportunities. 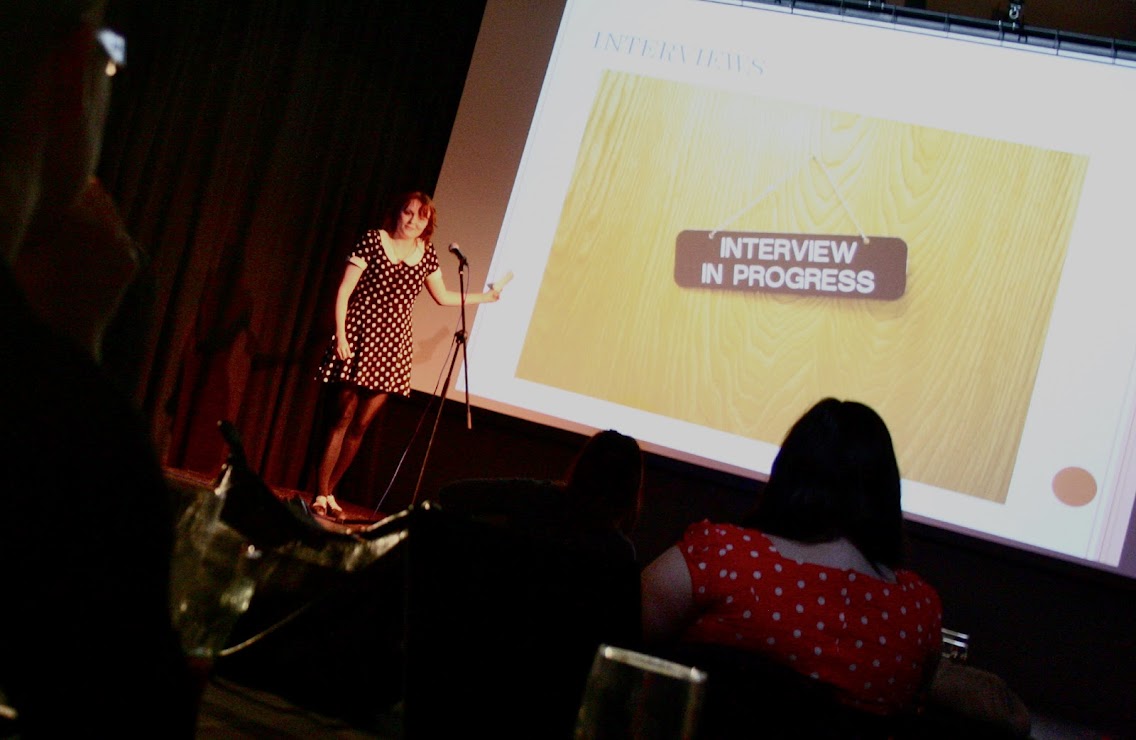 4. Then we had a bonus un-scheduled talk by Stewart Eyres on moon exploration, very topical following the recent death of Neil Armstrong. I was struck by the simplicity of Stewart’s slides, a collection of 20 images on the topic of the first Moon landing and also his slow, clear speaking style. 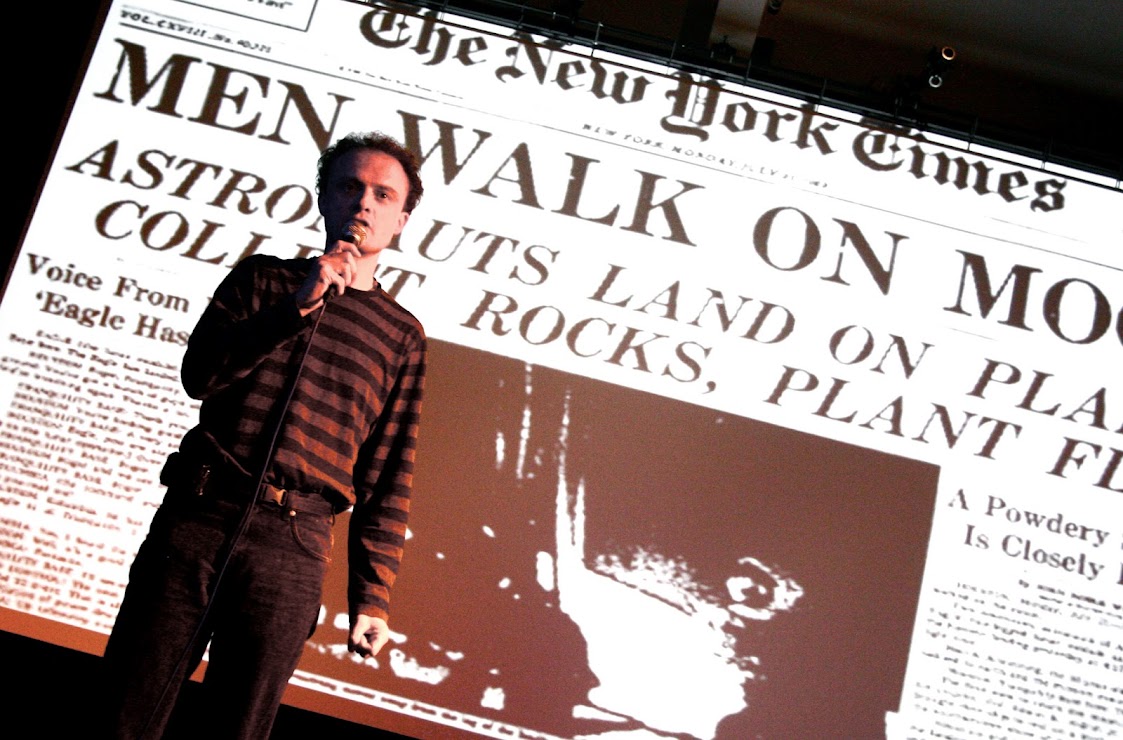 Finally, our last speaker described a range of the activities around Preston Guild, how it borrowed some from the legacy of Preston Guild but was also establishing new boundaries.

This is just my perspective on the evening. If you attended the evening, and noted anything I left out, please comment on this post.

My conclusion on the Ignite format; I have yet to subscribe to the Ignite format completely. I would certainly recommend the minimum amount of text (if any), with a collection of related potent images working much more effectively. There are some recommendations on the Ignite format here that I found particularly useful with some helpful tips to deliver the best presentation and a link to some ignite talks here.